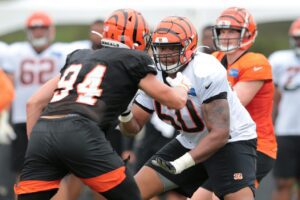 Aaron Wilson adds that the Panthers promoted LB Kamal Martin to their active roster and signed Matt Cole to their practice squad.

Cincinnati elected to waive him coming out of the preseason and he was later claimed off waivers by the Panthers.