The Carolina Panthers announced Tuesday that they’ve waived quarterback Matt Barkley, who was just recently activated from the COVID-19 list. 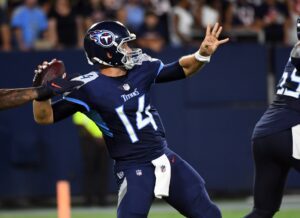 The Panthers signed Barkley as a contingency option a few weeks ago and he was later placed on the COVID-19 list.

The Bills signed Barkley to a contract a few weeks after Derek Anderson got hurt. He signed a two-year extension with the team in 2018. The Titans signed him to their preseason roster at the beginning of August before releasing him.

Barkley signed on to the Panthers’ practice squad last month.