Joe Person of The Athletic reports the Panthers and WR Robby Anderson are “deep in talks” on a multi-year contract extension that could be finalized in the next several days. 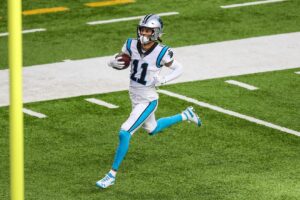 Anderson is entering the final year of his two-year, $20 million deal with Carolina.

Anderson, 28, signed with the Jets as an undrafted free agent out of Temple back in 2016. He played out his three-year rookie contract and re-signed to a one-year, $3.095 million deal as a restricted free agent in 2019.