The New England Patriots have officially activated QB Cam Newton from the COVID-19 list on Wednesday and signed DT Carl Davis off of the Jaguars’ practice squad. 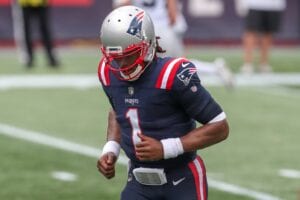 This paves the way for Newton to return to game action for Sunday’s game against the Broncos.

Newton has been on the COVID-19 list for just under two weeks now after testing positive for the virus.