According to Mike Reiss, the Patriots are adding DT Daniel Ekuale to their active roster. 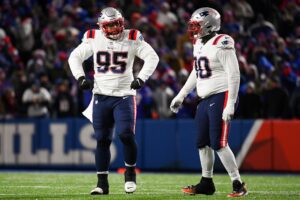 From there, the Patriots signed Ekuale to their practice squad where he spent time on and off the active roster throughout the 2021 season. He returned on a futures deal for the 2022 season.