Mike Reiss of ESPN is reporting that the New England Patriots are expected to sign OL Tyler Gauthier to a contract, pending a physical. 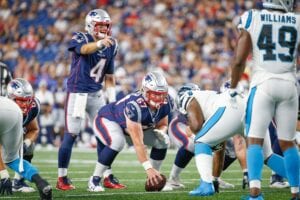 Gauthier was one of two players to visit with the Patriots on Monday including RB Lamar Miller.

Gauthier, 23, wound up going undrafted out of Miami back in 2019. He later signed a three-year, $1.755 million contract with the Patriots, but was waived coming out of the preseason and later re-signed to their practice squad.

From there, the Jaguars signed Gauthier off of the Patriots’ practice squad last year. However, they opted to cut him loose this past weekend.

Gauthier has yet to appear in a game since entering the NFL.