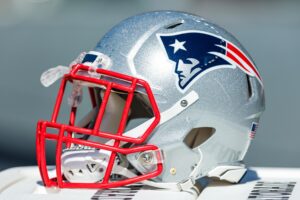 Bourne, 25, signed with the 49ers as an undrafted free agent out of Eastern Washington in 2017. He signed a three-year, $1.66 million deal and made the final roster each of his first three seasons in the league.

The 49ers placed a second-round tender on Bourne as a restricted free agent at $3.27 million for the 2020 season. Bourne later signed a three-year, $22.5 million contract with the Patriots this past March.

In 2021, Bourne has appeared in 14 games for the Patriots and caught 45 passes for 667 yards receiving and five touchdowns.

Perkins, 22, was a three-year starter at Oklahoma and was named second-team All-Big 12 in 2019 and 2020. He was suspended for Oklahoma’s playoff game in 2019, as well as the first five games of the 2020 season due to a failed drug test. The Patriots took Perkins with pick No. 96 overall.

During his three-year career at Oklahoma, Perkins recorded 99 tackles, 16.5 sacks, one forced fumble, and one deflection.