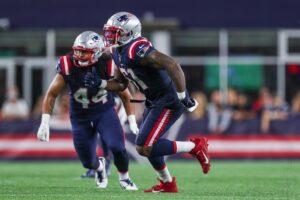 Perkins will miss at least the next three games while on injured reserve.

Perkins, 22, was a three-year starter at Oklahoma and was named second-team All-Big 12 in 2019 and 2020. He was suspended for Oklahoma’s playoff game in 2019, as well as the first five games of the 2020 season due to a failed drug test. The Patriots took Perkins with pick No. 96 overall.

During his three-year career at Oklahoma, Perkins recorded 99 tackles, 16.5 sacks, one forced fumble, and one deflection.