Veteran QB Philip Rivers tells Sam Farmer that he has not heard from the New Orleans Saints about potentially joining them following the season-ending injury suffered by Jameis Winston. 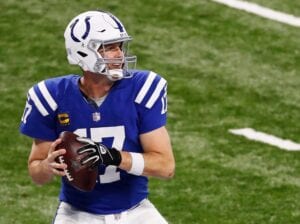 However, Rivers did say that he would listen if they were interested in bringing him.

Recent reports have said that the Saints do not plan to look at external options at quarterback, and will instead focus on Taysom Hill and Trevor Siemian.

Back in August, Rivers told Farmer that he hasn’t closed the door on a potential midseason return to the NFL if there’s a team in need of a quarterback.

Rivers clarified his comments to Chris Mortensen, explaining that he planned to finish coaching his first season at St. Michael High School (Fairhope, AL) before he would consider any opportunity to play again in NFL this year.

“It’s a long shot at best. But gonna be ready just in case…will not even consider until our season is over no matter what. And like I said, somebody has to want ya,” Rivers told Mortensen.

According to Mortensen, those who know Rivers agree that he would consider only a playoff-contending team that has lost its starter for the season.

Rivers announced his retirement after the 2020 season and has been coaching high school football this summer.

Rivers, 39, is a former first-round pick of the Giants back in 2004. He was later traded to the Chargers in return for Eli Manning.

Rivers played out the final year of his five-year, $99 million contract that included $65 million guaranteed and was allowed to leave in free agency after 16 years with the Chargers. The Colts signed him to a one-year contract for 2020 and he was set to be an unrestricted free agent again in 2021.

Over the course of his career, Rivers appeared in 244 games and completed 64.9 of his passes for 63,440 yards, 421 touchdowns and 209 interceptions. He also rushed for 601 yards and three touchdowns in 17 years. He was selected to eight Pro Bowls.

We’ll have more regarding Rivers as the news is available.