The Las Vegas Raiders announced a series of roster moves on Saturday for their Week 4 game against the Broncos. 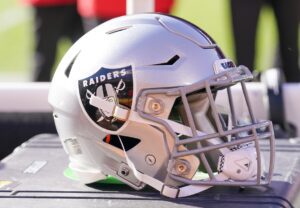 Robey-Coleman, 30, wound up signing on with the Bills as an undrafted free agent out of USC back in 2013. He managed to make the 53-man roster during his rookie season and received a two-year extension in 2015.

However, the Bills cut him loose in 2017 and he later signed a one-year contract with the Rams. From there, Robey-Coleman agreed to a three-year contract worth more than $15.75 million in 2018.

Los Angeles declined to pick up Robey-Coleman’s option in 2020 and he eventually signed on with the Eagles. From there, he joined the Lions in August of 2021 and was later added to their practice squad. He was called up to the roster for one game late in the season.

The Raiders signed Robey-Coleman to their practice squad last month.

In 2020, Robey-Coleman appeared 15 games for the Eagles and recorded 44 tackles, no interceptions, a forced fumble, a recovery and one pass deflection.