According to the Kyodo News, the Cowboys and Raiders worked out Japanese kicker Toshiki Sato in March. 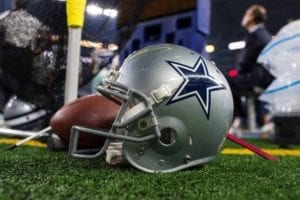 Sato says both teams showed interest and he might get an offer from either if they need a kicker during training camp.

“The Cowboys might be difficult since they have three kickers and one has a big contract, but the Raiders only have two. I think there’s a chance I could get an invite if those two don’t do well at the upcoming camp,” Sato said.

The Raiders signed undrafted rookie free agent K Dominik Eberle to compete with incumbent Daniel Carlson in 2020, as Carlson was 27th in the league in field goal percentage.

Sato says he’s ready to go if a team needs a kicker due to injury or emergency in 2020, especially given the COVID-19 pandemic.

“It was a blessing that I was able to try out in March (in spite of the outbreak),” Sato said. “Spring camps weren’t held, but players are always being replaced at summer and preseason camps. I want to get ready for when I’m called.”

The 26-year-old Sato plays in Japan’s X-League for IBM Big Blue and holds the league record for the longest field goal at 58 yards. He’s also receiving interest from the Canadian Football League.

“I was also in touch with a Canadian team and got a pretty good feeling. I’d like to play in Canada and produce good results and take that as a step,” he said. “If I play in Canada I’ll be seen by NFL scouts, and I’ll get treated better at tryouts. There’s no downside.”