According to Ian Rapoport, the Raiders designated DB Trayvon Mullen to return from the injured reserve on Thursday. 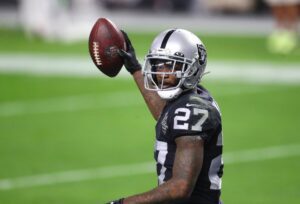 This opens a 21-day window for Mullen to practice before being activated.

In 2021, he’s appeared in four games and recorded 16 tackles, one interception, and four pass defenses.