According to Ian Rapoport, Raiders RBs coach Kirby Wilson has informed the organization that he is retiring from the NFL. 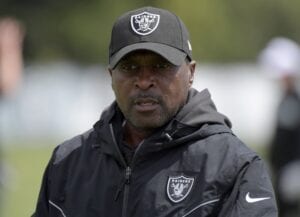 Las Vegas should be expected to hire another running backs coach at some point in the near future.

He’s a two-time Super Bowl champion with the Steelers in 2009 and Buccaneers in 2002.