The Rams announced they have officially placed WR Robert Woods on injured reserve. 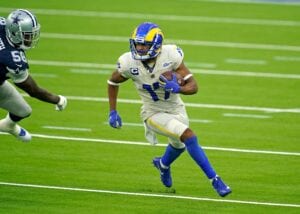 The veteran receiver suffered a torn ACL a couple of weeks ago, ending his 2021 season. The standard recovery for this type of injury is anywhere from nine to 12 months after surgery.

Woods signed a four-year, $68 million extension with the Rams last year and stands to make base salaries of $5.5 million and $7.5 million over the final two years of the agreement.

We will have more news on Woods’ injury as it becomes available.