The Los Angeles Rams announced Monday that they’ve signed 14 players to futures contracts for the 2021 season. 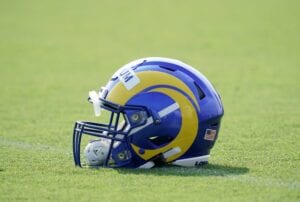 Perkins, 24, signed on with the Rams as an undrafted free agent out of Virginia back in April. He was among their final roster cuts coming out of training camp and re-signed to Los Angeles’ practice squad.