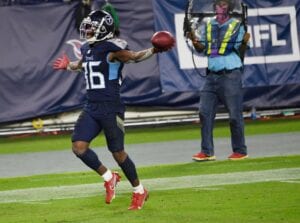 Orr, 24, wound up going undrafted out of Chattanooga back in 2019. He later signed a three-year, $1.755 million contract with the Titans.

Unfortunately, Orr was waived coming out of the preseason and has been on and off of their practice squad ever since. Tennessee waived him a few weeks ago.

During his two years at Chattanooga, Orr recorded 81 tackles, a forced fumble, three recoveries, 14 pass defenses, and five interceptions over the course of 20 games.

In 2020, Orr appeared in five games for the Titans and recorded five tackles and a fumble recovery.