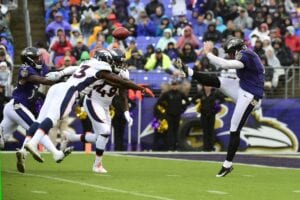 Koch, 38, is a former sixth-round pick of the Ravens back in 2006. He was entering the final year of his five-year, $12.5 million contract when he signed another five-year extension in 2015.

From there, Koch agreed to a two-year extension with the Ravens this past March. He has played his entire nine-year career in Baltimore.