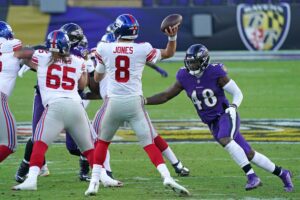 Harrison suffered a non-life-threatening injury after he was shot in the left calf a few weeks ago. He was later placed on injured reserve.

In 2021, Harrison has appeared in seven games, totaling 22 tackles and two tackles for loss.