According to Jeff Zrebiec, the Ravens signed C Adam Redmond to their practice squad on Wednesday. 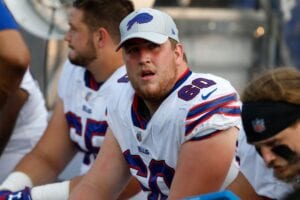 Redmond, 28, wound up going undrafted out of Harvard back in 2016. He later signed on with the Colts and spent over a year in Indianapolis before eventually being added to the Bills’ practice squad.

Redmond returned to Buffalo the following year on a futures contract before later being claimed by the Cowboys. Dallas placed him on injured reserve in 2019 with a back injury.

He returned to the Cowboys in March of 2020 before eventually being released coming out of camp. However, he rejoined Dallas’ practice squad and bounced on and off for the rest of the season.

Dallas signed him to a futures deal for 2021 but was released after the draft. He signed on with the Bears in May but was among their final roster cuts coming out of the preseason.

For his career, Redmond has appeared in 18 games, but has yet to make a start.