According to Josina Anderson, veteran OLB Jason Pierre-Paul texted her to say he’s signing with the Ravens. 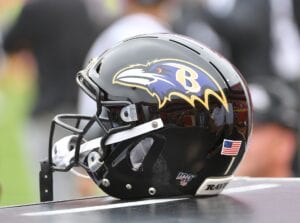 Ian Rapoport adds it’s a one-year deal for Pierre-Paul that can be worth as much as $5.5 million.

Pierre-Paul had a visit with the team on Tuesday, his second this year. He’ll provide a big boost to Baltimore’s depth chart that had just two healthy players at his position previously.

Pierre-Paul, 33, is a former first-round pick of the Giants back in 2010. He played out his rookie contract with New York before agreeing to a four-year, $62 million contract that included $40 million guaranteed.

Pierre-Paul returned to the Buccaneers on a two-year, $27 million deal in 2020. He’s an unrestricted free agent this offseason.