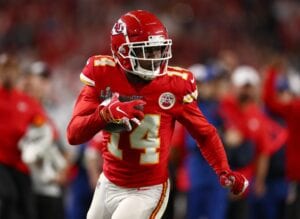 Watkins previously met with the Ravens and recently visited with the Colts, However, it looks like the Ravens proved to be his best option in the end.

Baltimore has been trying to get a notable receiver in free agency but it took until now to get one under contract.

The Chiefs and Watkins agreed to a new contract that paid him $9 million for the 2020 season last April.

In 2020, Watkins appeared in 10 games for the Chiefs and caught 37 passes for 421 yards receiving and two touchdowns.