According to Jason La Canfora, the Dolphins’ five-game losing streak has predictably put a lot of pressure on HC Brian Flores and worsened issues in the locker room dating back to last season. 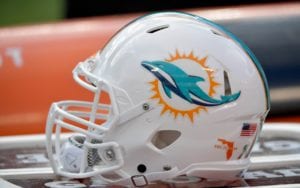 La Canfora writes that players started having concerns about Flores last season regarding how he had an abrupt hook for both QBs Tua Tagovailoa and Ryan Fitzpatrick, benching both at least once.

Flores’ impatience also extended to various assistant coaches and players who Miami quickly pivoted away from. La Canfora adds players have concerns about their ability to connect with the coach despite him styling himself as a player’s coach.

“There is a really negative vibe down there right now,” one of La Canfora’s sources said. “A lot of players do not trust him. Flo thinks he is a player’s coach, with an open-door policy, but I know a number of players who would tell you they don’t really think he is approachable enough, or flexible. There is still too much of that New England (stuff) going on. It just doesn’t work. There is a psychology to handling players and building a team, and you have to be able to connect and motivate. That’s not the vibe there. It’s pretty bad.”

The loss to the winless Jaguars last week in London has only intensified things, per La Canfora. Players are questioning the decision not to have a bye following the game overseas and owner Stephen Ross is growing increasingly concerned about the direction of the franchise.

There were also last week’s trade rumors surrounding Tagovailoa, who is in a difficult spot. La Canfora talked to people close to the quarterback who feel like the staff has never really fully embraced him.

He also talked to other general managers who question how much value Miami could get back if they end up trading Tagovailoa after trading for Watson, as a number of the teams he was linked to last week don’t have any interest.

Overall, La Canfora thinks Flores and the Dolphins need to have a strong second half of the season to avoid sweeping changes again this coming offseason.

It’s worth mentioning that Miami signed Flores to a fully-guaranteed five-year deal back in 2019.

Flores, 40, began his NFL coaching career with the Patriots back in 2004 as a scouting assistant. He held a number of positions including pro scout, special teams assistant, assistant offense/special teams, defensive assistant, safeties coach and linebackers coach before serving as the de facto defensive coordinator in 2018.

Miami hired Flores away to be their head coach in 2019. Since joining the Dolphins, Flores has a record of 16-22 (42.1 percent) with no playoff appearances.