According to Ian Rapoport, those close to Seahawks QB Russell Wilson say he wants to explore his options and weigh whether there is another team that offers him a better chance to contend than Seattle. 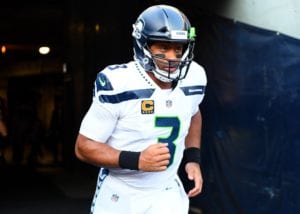 Rapoport adds Wilson has not demanded a trade yet and it’s not clear if he will get to that point this offseason.

This reflects his stance at the end of the season where Wilson declined to say anything more definitive on his future other than he wants to win three more Super Bowls and he hopes it’s in Seattle.

Seahawks HC Peter Carroll, GM John Schneider and owner Jody Allen met this week to discuss the team’s future, and Rapoport notes the lack of any headlines from that meeting suggests Seattle is prepared to move forward without any kind of major leadership shakeup.

The Seahawks also have no plans right now to trade Wilson. Rapoport says for that to change, Wilson would probably have to try to force his way out more aggressively than he did last year when he expressed dissatisfaction with the direction of the team.

It’s obvious Wilson isn’t satisfied with the team’s first losing season since he arrived, the only thing now is to wait to see how he decides to handle it.

Wilson stands to make base salaries of $19 million and $22 million over the final two years of his deal.