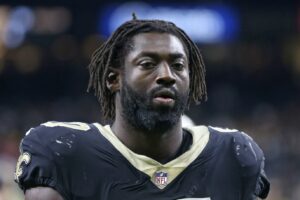 Kpassagnon was testing the open market as an unrestricted free agent for the first time in his NFL career when he agreed to a two-year contract with the Saints last year.

In 2021, Kpassagnon appeared in eight games for the Saints and recorded 18 tackles, four sacks, a forced fumble, and two pass deflections.