The New Orleans Saints waived WR Austin Carr and activated S D.J. Swearinger from the COVID-19 list on Monday, according to Field Yates. 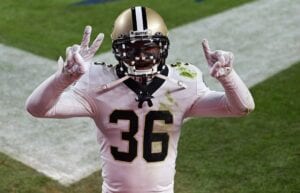 Swearinger, 29, is a former second-round pick of the Texans back in 2013. He lasted just over two years in Houston before he was waived at the start of the 2015 season and later claimed off of waivers by the Buccaneers.

Tampa Bay cut Swearinger loose during the 2015 season and he eventually caught on with the Cardinals. From there, he had brief stints with Washington, the Cardinals and Raiders before catching on with the Saints.

In 2020, Swearinger has appeared in 11 games for the Saints and recorded 14 tackles, no interceptions and a pass defense.