Adam Schefter reports that the Saints’ are activating RB Tony Jones from injured reserve this week, as they are without RB Alvin Kamara for another consecutive game. 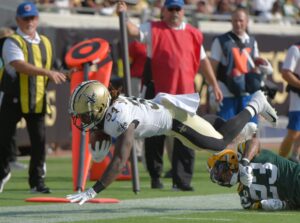