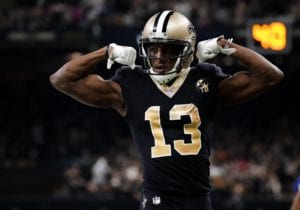 The Saints made the decision to place Thomas on injured reserve a few weeks ago to buy him time to get healthy for the postseason.

Thomas has been dealing with an ankle injury that he suffered earlier on in the season.

In 2020, Thomas has appeared in seven games for the Saints and caught 40 passes for 438 yards receiving and no touchdowns.