The New Orleans Saints placed RB/WR Ty Montgomery on the COVID-19 list due to a positive test, according to Field Yates. 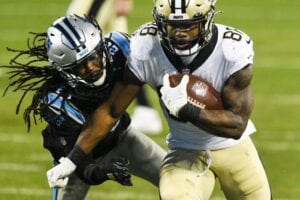 Montgomery, 28, is a former third-round pick of the Packers back in 2015. Green Bay traded him to the Ravens in exchange for a 2020 seventh-round pick back in 2018.