According to Jeff Duncan, the Saints are placing QB Trevor Siemian on the COVID-19 list. 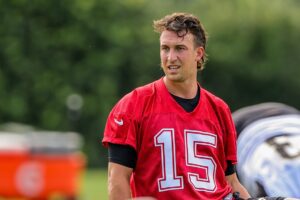 Duncan adds the Saints are expected to place multiple players on the list today.

He signed with the Saints’ practice squad last year and re-signed to a one-year deal this offseason. He was later added to the Saints practice squad coming out of the preseason before signing him to the active roster.

In 2021, Siemian has appeared in five games and completed 57.2 percent of his passes for 1,083 yards, nine touchdowns and three interceptions. He also rushed seven times for 21 yards and a touchdown.