The New Orleans Saints officially signed C Will Clapp to their practice squad on Saturday and released WR Malik Henry from the unit. 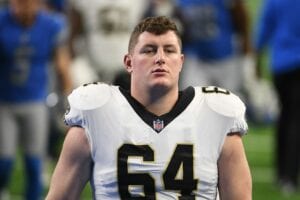 Clapp, 24, is a former seventh-round pick of the Saints back in 2018. He agreed to a four-year, $2.5 million contract and was on their active roster the first two years of the contract.

However, New Orleans waived Clapp last month and later re-signed him to their practice squad.