The New Orleans Saints have officially released TE Jared Cook and TE Josh Hill on Thursday, according to Field Yates. 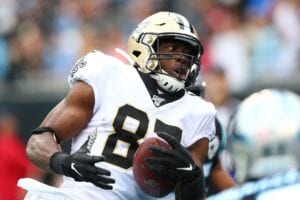 Yates explains that the Cook move is procedural for the Saints, considering that he was scheduled to be a free agent at the start of the new league year.

According to OverTheCap.com, releasing Cook and Hill will free up $2,573,750 of available cap space while creating $2.75 million in dead money.

Cook, 33, is a former third-round pick by the Titans in the 2009 NFL Draft. He played out his rookie contract with Tennessee before signing a big-money deal with the Rams as a free agent back in 2013.

In 2020, Cook appeared in 15 games for the Saints and caught 37 passes for 504 yards receiving and seven touchdowns.