According to Field Yates, the New Orleans Saints turned $1,192,833 of WR Tre’Quan Smith‘s base salary into a signing bonus. 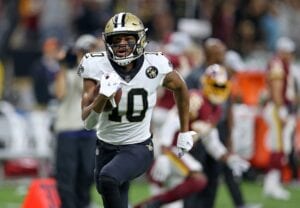 In 2020, Smith appeared in 14 games for the Saints and caught 34 passes for 448 yards receiving and four touchdowns.