Ian Rapoport of NFL Media reports that Saints S Marcus Williams has officially signed his franchise tender for the 2021 season. 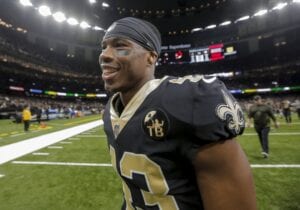 According to Rapoport, the Saints and Williams’ representatives plan to continue working on a long-term extension in the coming before the July 15 deadline.

The tag for Williams is expected to be around $10 million fully guaranteed.

Williams, 24, is a former second-round pick of the Saints back in 2017. He played out the final year of his four-year, $6.2 million contract with New Orleans and is now in position to test the free agent market as an unrestricted free agent for the first time in his NFL career.

In 2020, Williams appeared in 14 games for the Saints and recorded 59 tackles, three interceptions and seven passes defended.