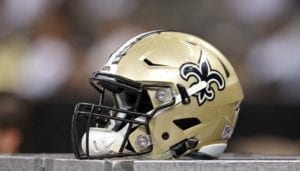 Hunt returned to the Colts last year on a two-year, $9 million contract, but was unfortunately released in March in a move that cleared $4 million of available cap space for Indianapolis. He signed a one-year deal with the Saints but was released coming out of camp.

From there, Hunt signed on to the Saints’ practice squad before promoting him last week.

In 2020, Hunt has appeared in two games for the Saints and recorded four tackles and no sacks.