The Saints announced on Tuesday that they signed LB Kenny Young to their practice squad and placed G Drew Desjarlais on the injured reserve list. 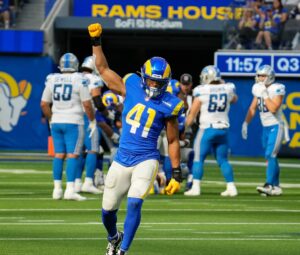 The Raiders signed Young to a contract this past May but ended up releasing him during final roster cuts. He joined the Buccaneers at the start of the season.

In 2022, Young has appeared in four games for the Buccaneers and recorded one tackle.