Nick Underhill reports that the Saints are signing veteran LB Jon Bostic to a contract after a successful workout with the team. 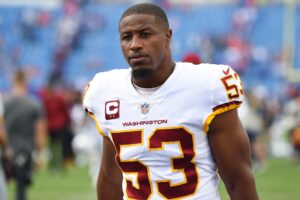 From there, Bostic agreed to a two-year contract with the Steelers in 2018 but was released during the 2019 offseason. Bostic caught on with Washington in May and re-signed on a two-year deal the following offseason. He was allowed to walk as an unrestricted free agent in 2022.

In 2021, Bostic appeared in four games for Washington and recorded 22 total tackles with no sacks or interceptions.