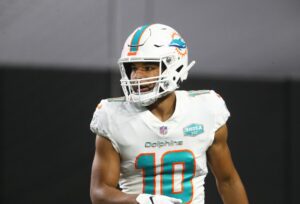 Perry, 24, was drafted in the seventh round by the Dolphins in 2020. He originally signed a four-year $3.4 million deal with the team.

Perry spent the 2020 season on Miami’s active roster, but the Patriots claimed him off waivers him prior to the start of this season. However, he never appeared in a game for New England