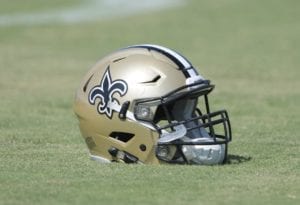 McCleskey, 24, began his college career at Oklahoma State before transferring to Tulane for the 2019 season. He went undrafted in 2020 and did not catch on with an NFL until he signed a three-year $2.3 million deal with the Saints during the 2021 offseason.

However, the Saints released McCleskey with an injury settlement before the season began. He then signed a futures deal with New Orleans back in January.

For his college career, McCleskey caught 204 passes for 2,446 yards receiving and 21 touchdowns. He also rushed for 38 yards on nine carries over the course of five seasons and 46 games.