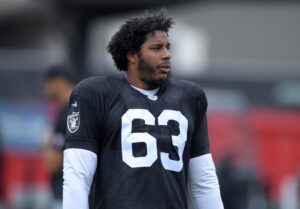 Westbrooks, 31, signed on with the Rams as an undrafted free agent out of West Texas A&M back in 2014. He played out his rookie contract with the Rams before returning on an original-round tender for the 2017 season.

The Rams would later sign Westbrooks to a one-year, $1.3M contract extension during the 2017 season. He signed on with the Raiders in July of 2019 but was released at the start of the season.

Westbrooks also signed with the 49ers in February of 2020 but was released two days later. He then signed back with the Raiders but only spent a week with the team, finally landing with the Saints for the 2021 season and appearing in his first game in three years.

In 2021, Westbrooks appeared in one game for the Saints and recorded one tackle.