According to Brady Henderson, the Seahawks are activating RB Travis Homer and practice squad OL Pier-Olivier Lestage from the COVID-19 list. 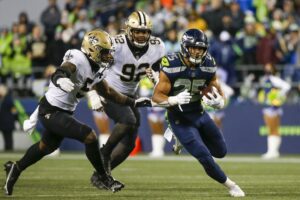 Homer, 23, is a former sixth-round pick by the Seahawks in the 2019 NFL Draft out of Miami. He’s in the third year of a four-year, $2.7 million rookie contract.