Tom Pelissero of NFL Media reports that the Seahawks have claimed S Johnathan Abram off of waivers from the Packers on Wednesday. 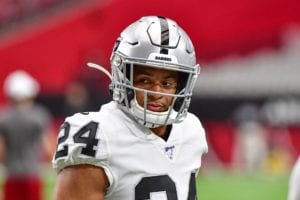 This marks the second time Abram has been claimed off waivers this season.

The Raiders opted to decline his fifth-year option for the 2023 season this past April. He was set to be an unrestricted free agent in 2023 when the Raiders waived him midseason. He was claimed by the Packers before being waived on Tuesday.

In 2022, Abram has appeared in eight games for the Raiders and recorded 48 tackles, no interceptions and a pass defense. He had one tackle in two games for the Packers.