The Seattle Seahawks announced that they’ve elevated LS Carson Tinker and LB Tanner Muse to their active roster for Monday’s game against the Broncos. 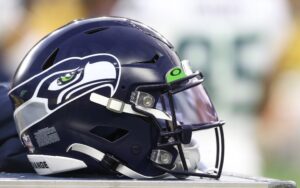 Robinson will miss at least the next four games while on injured reserve before he can be activated by Seattle.

In 2021, Robinson appeared in 14 games for the Seahawks and recorded 13 tackles, one sack, a forced fumble and a pass defense.