The Seattle Seahawks announced Saturday that they’ve placed DL Jonathan Bullard on the COVID-19 and promoted DT Cedrick Lattimore from the practice squad. 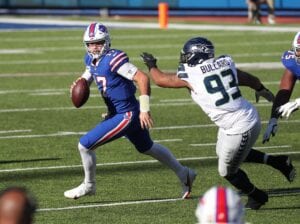 Bullard, 27, is a former third-round pick by the Bears out of Florida in 2016. Bullard was in the final year of his four-year rookie deal worth $3,166,520 when Chicago waived him coming out of the preseason.

The Cardinals claimed Bullard off waivers and he played out his rookie deal in Arizona. He returned to the Cardinals before the Seahawks signed him to their active roster last year.

In 2020, Bullard has appeared in six games for the Seahawks and recorded eight tackles and no sacks.