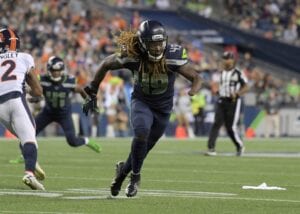 He was among Seattle’s final roster cuts coming out of training camp and re-signed to their practice squad.

In 2019, Griffin appeared in all 16 games for the Seahawks and recorded three total tackles.