The Seahawks re-signed G Kyle Fuller to an exclusive rights contract on Tuesday. 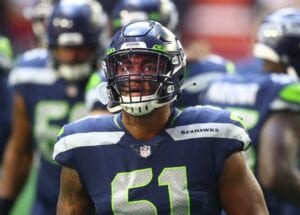 Fuller, 27, was originally drafted in the 7th round of the 2014 draft by the Texans. After Fuller spent four years with Houston, Washington claimed him off of waivers in December of 2018.

In 2020, Fuller appeared in nine games for Seattle, starting in one game.