The Seattle Seahawks officially signed WR John Ursua to a futures contract for the 2021 season on Wednesday. 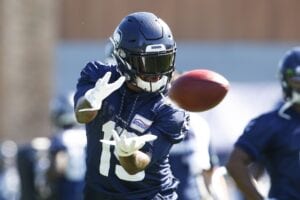 Here’s the updated list of futures signings for the Seahawks:

Ursua, 24, is a former seventh-round pick of the Seahawks back in 2019. He agreed to a four-year, $2.6 million contract with Seattle.

However, the Seahawks placed Ursua and later signed to their practice squad.

In 2019, Ursua appeared in three games for the Seahawks and caught one pass for 11 yards receiving and no touchdowns.