According to Field Yates, the Seattle Seahawks hosted RB Phillip Lindsay for a visit. 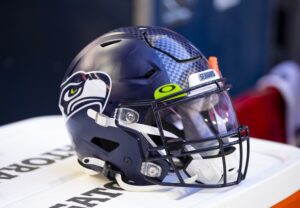 Seattle is banged up at running back and could use the extra depth. Although, they opted to sign Wayne Gallman to their practice squad.

Lindsay, 28, wound up signing on with the Broncos as an undrafted free agent out of Colorado in 2018. He agreed to a three-year, $1.71 million contract and managed to make the 53-man roster coming out of the preseason.

Lindsay was set to be a restricted free agent in 2021, and after initially tendering him the Broncos later rescinded the offer to allow him to test free agency. The Texans signed him to a one-year deal worth $3.25 million in March.

Houston waived Lindsay during the season and he was later claimed by the Dolphins. He signed with the Colts on a one-year deal for the 2022 season but was cut coming out of the preseason and re-signed to the practice squad.

In 2022, Lindsay appeared in three games for the Colts and rushed 15 times for 49 yards, adding six receptions on eight targets for 19 yards.