Jeremy Fowler of ESPN reports that the Steelers have signed C J.C. Hassenauer, who was an exclusive rights free-agent to a one-year deal. 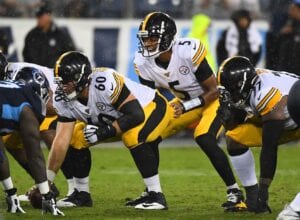 Hassenauer, 25, wound up signing on with the Falcons as an undrafted free agent out of Alabama back in May of 2018. He agreed to a three-year, $1.71 million contract with Atlanta, but was waived coming out of the preseason.

The Falcons re-signed Hassenauer to their practice squad, only to release him a month later. From there, Hassenauer signed on with the Birmingham Iron of the now-defunct AAF.

Hassenauer later caught on with the Steelers and he’s been on and off of their roster.

In 2020, Hassenauer appeared in fifteen games for the Steelers, starting in four of them at center.