The Pittsburgh Steelers are re-signing DL Chris Wormley to a two-year contract on Thursday, according to Jordan Strack. 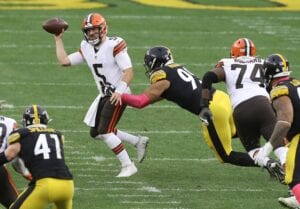 Wormley, 27, was selected by the Ravens in the third round out of Michigan in 2017. The Steelers acquired Wormley and a 2021 seventh-round pick last year in exchange for a fifth-round pick in the 2021 NFL Draft.

In 2020, Wormley appeared in 13 games for the Steelers and recorded eight tackles and a sack.