According to Aaron Wilson, the Steelers have signed OLB Jacob Tuioti-Mariner to their practice squad. 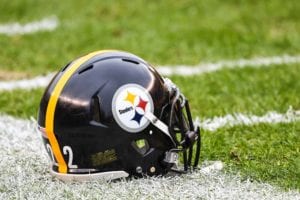 Tuioti-Mariner was just cut by the Falcons somewhat surprisingly, as he’d figured prominently in their rotation on defense.

Tuioti-Mariner, 25, signed with the Falcons as an undrafted free agent in 2018 out of UCLA. He bounced on and off the practice squad as rookie before re-signing on a futures deal for the 2019 season.

Tuioti-Mariner was again waived coming out of camp in 2019 and signed to the practice squad. He made it up to the active roster late in the season. Atlanta re-signed him as an exclusive rights free agent in 2021 but waived him a few days ago.

In 2021, Tuioti-Mariner has appeared in six games for the Falcons and recorded nine total tackles, two sacks and one pass deflection.